This past Thursday, our class went out to 24th Street Elementary and experienced the magic of being in a community garden. As a Title 1 school where the vast majority, 96%, of children qualify for government assistance, the garden provides an opportunity for the students to gain exposure to fruits and vegetables that they otherwise wouldn’t see at home. Even for us, as USC students from generally much more privileged backgrounds, the garden provided new experiences. Many of us tried sorrel and mulberries for the first time. The fact that we could just pick our own healthy snacks from the various plants in the garden showed to me just how powerful this initiative could be for children growing up in a food desert like South Los Angeles.

Before I go any further into discussions about food deserts, I would like to discuss how systemic racism influences something even as seemingly unrelated as diet. There are wide racial disparities surrounding diet, even at the level of farmland ownership—just 8% of the nation’s farmers are nonwhite and they produce just 3% of all agricultural value from 2.8% of all farm acreage (Holt-Giménez and Harper). Similar disparities favoring white Americans can be seen in the prevalence of diabetes, percentage of people living under the poverty line, and percentages of people suffering from food insecurity. These trends are a product of “un legado histórico que privilegia a un grupo de personas por sobre otros” (Holt-Giménez and Harper). This historical legacy, going as far back as the colonization of native lands to slavery to Jim Crow to redlining and gentrification today, has laid the foundation for the economic and geographic inequality that are at the center of the fight for food justice.

We see examples of this inequality around USC. Like Ron Finley says in his TED talk, South L.A. is defined by “liquor stores, fast food, vacant lots.” This trend extends from coast to coast, from South L.A. to the Bronx. As Karen Washington writes from New York, “Marginalized communities are surrounded by a charity-based, subsidized food system. In addition, on every block there’s a fast-food restaurant” (2020). When I’m in a rush for a quick lunch, I often stop by the Taco Bell across the street from the west entrance of campus. Besides other college students, the vast majority of diners there are working-class people of color and their children. When fast food is the only affordable option nearby, it’s no surprise that the South L.A. region suffers from high obesity and diabetes rates. The Smart & Final right next to the Taco Bell has an alcoholic drinks section as big as the fresh produce section. Where is the healthy food? The only Trader Joes for miles exists at the USC Village, a prime example of gentrification and how marginalized communities are being priced out of their homes and away from affordable, healthy food.

If I were living in this area on a budget of $200 a month, I would live off of rice, chicken, eggs, and spinach. Smart & Final often has whole chicken breasts on sale for 2 or 3 dollars per pound. Rice costs another $12 for a 15-pound bag, which will last a month or two. Eggs cost roughly 3 to 4 dollars per dozen, and spinach costs about 2 dollars per bag at Trader Joes. The rest of my budget (~$125) would go towards buying seasonings, olive oil, pasta, fruits, bread, and cheese. I would naturally get sick of eating this food daily, but this is what I would eat if necessary. Access to a community garden would go a long way towards providing a variety of fresh fruits and vegetables to supplement my diet.

I took this class because I wanted an excuse to finally explore Los Angeles and its amazing food culture. As a result, my favorite moments were those where we went out into the city, from exploring Olvera Street, seeing David Siqueiros’s mural, and eating sopes at Tirsa’s to our taco tour in Boyle Heights and our gardening adventure at 24th Street Elementary. I greatly enjoyed our discussions surrounding various social and cultural topics, especially authenticity, gentrification, and street vending. I loved how everyone in the class brought their own unique experiences and backgrounds into our class discussions. Another exciting aspect of the class was just how real every topic was. We would learn about the struggles of street venders, read articles such as the one about Merced Sanchez, and then we actually met her, heard her story, and tried her food. We would watch videos featuring restaurants like Milpa Grille and Guisados, then actually visit those restaurants and eat there. Experiences like these made the class so much more memorable and a defining part of my last semester at USC. I am happy that I got to share all of these moments with such a wonderful class, and I wish all of you the best in your future endeavors. 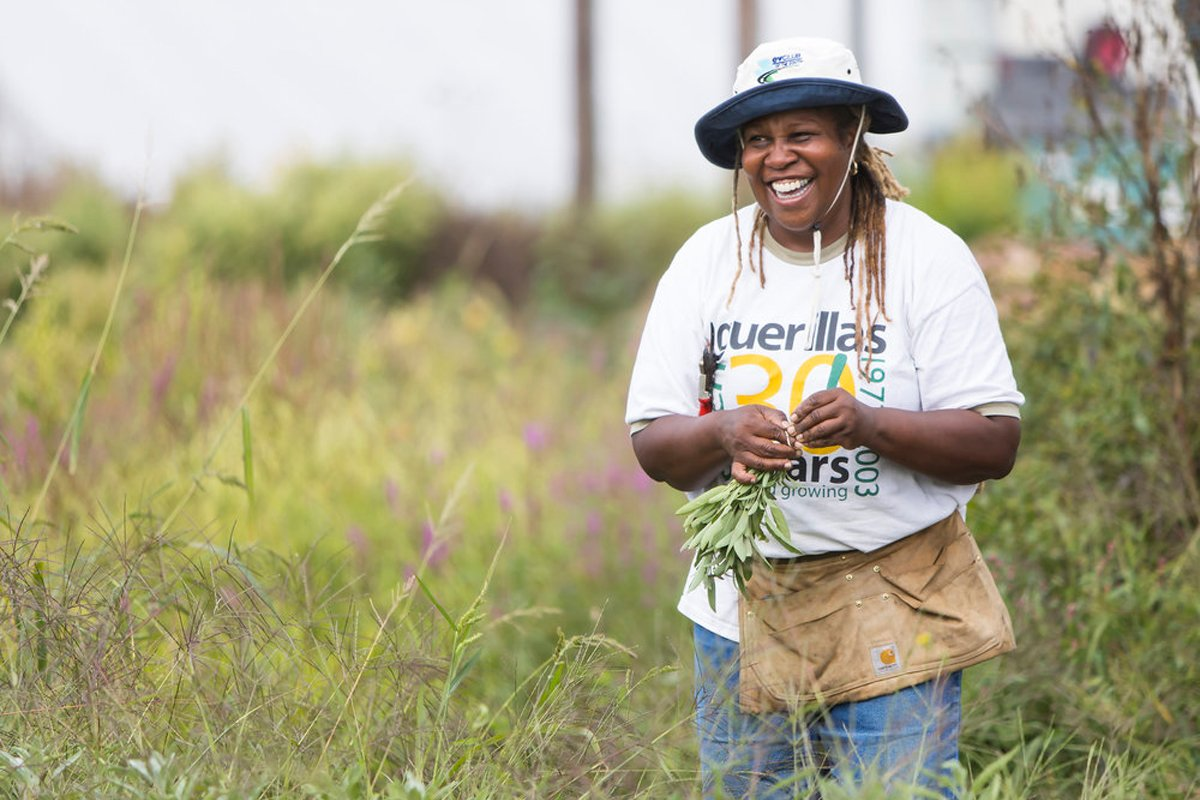 The food justice movement is a grassroots initiative that focuses on ridding society of food insecurity and food deserts, or areas with low access to healthy, nutritious foods or ingredients. For the most part, we only see this problem within poorer communities, ones that are often heavily comprised of various ethnic groups. However, the lack of food and other resources is no fault of the community and instead speaks to greater problems within the system. Some believe that “the food system is not broken; it’s working exactly the way it’s supposed to: as a caste system based on demographics, economics, and race, we have to look at power and who has power. The current food system is controlled by a handful of people who are predominantly white men” (Washington). From this, we see that at the base level, it isn’t the fault of the supermarkets or the liquor stores that replace them, but instead the due to the many broken systems that often times negatively impact ethnic groups and their economic power, placing ethnically white people in charge. In the case of food, see the gentrification of poorer areas which eventually leads to insanely high prices for food in grocery stores and supermarkets, pushing the native population into more culturally similar communities. These communities are then given liquor stores and fast-food chains, which in turn create the aforementioned food deserts. 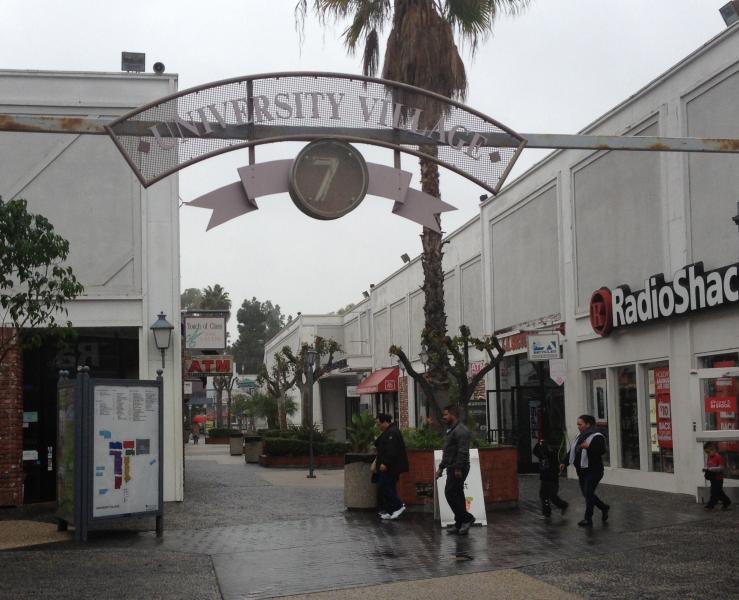 This same cycle of power imbalance, gentrification, and harmful effects on the surrounding communities can also be seen in universities. Specifically, here in Los Angeles, we can see how much USC has affected the South Central area. To start, the USC Village has the only Trader Joe’s East of the Natural History Museum. Furthermore, before its reconstruction, USC’s University Village was a hub for both city-dwellers and students. These natives were slowly pushed out by the unreasonable cost of living in the newly built apartments and homes until it was a sanctuary uniquely for students. Although it’s much safer for students, it pushed a large part of the native population away from campus, thus blowing the bubble that is University Park. In fact, many locals like Aaron Flournoy who spoke to L.A. Taco, have begun to feel further estranged from the Village and “the expensive prices [that often] discourage residents from shopping there” (Will). The pandemic has only further accentuated the problem, pushing smaller businesses into bankruptcy and many workers out of the labor force. For example, “[In] what’s left of Mercado Little Spain, Jose Andres had 1,600 employees. Most have now been furloughed. He’s only been able to keep 250 working” (Cooper). This pandemic has disproportionately affected lower-income communities and neighborhoods, again showing a system riddled with structural racism and an imbalance of power. Even so, there are many success stories of lower-income families or schools throwing together community gardens to both feed the community and educate others about healthy habits. While this may help on the small scale side of things, “the dynamics have to change so that people of color have wealth and power” (Washington). Whether it be through the implementation of farmer’s markets as we have seen on campus, or through grassroots political activism, the needs of low-income communities should be a priority. Although it won’t be an overnight achievement, if we start to spread awareness, similar to how we’ve learned about it throughout the semester, we can shed some light on the lives of those who have gotten the short end of the stick in society

A Not So Short Summary of my Experience in SPAN385

Honestly, I don’t know where to start with this section of the blog. This class has been an amazing experience for me as a student and as a California native. As a student, it has given me the unique opportunity to explore the amazing city that is Los Angeles, something I would have never given a thought to do since everything seems within arms reach here on campus (an idea we learned about in this class). As Professor Thomas Gustafson puts it, “USC by its fortification and security makes people scared or more fearful to explore the city. To take advantage of the range of the city, [students need] to go south, east, and not just west and north” (Will). Aside from that, I would say my favorite subject was gentrification and our trip to Boyle Heights. Not only was I able to taste foods from restaurants I would have never visited, but I got to see topics from our class in a real-life setting. In addition to these amazing culinary experiences, getting to meet so many seniors as a sophomore was a huge benefit as well. I got to hear the tips and tricks of USC that I would have had to learn about the hard way in the future. From the class itself, something that I learned and will hold close to me is that people will open themselves up if you are willing to talk to them. With our interview and many experiences with small business owners, we saw how people are more than excited to share their ideas and lives with you once you break that initial barrier. Overall, I would definitely recommend this class to anyone who wants to burst that USC bubble to further explore the local community as well as try some amazing food. Finally, I wanted to thank Professor Portnoy for teaching such an amazing class and want to wish all the seniors (almost the entire class) luck in their future endeavors, you’re all an inspiration to my sophomore self and make me look forward to graduating and becoming a real adult (a very scary thought) in a couple of years!

Cooper, A. (2020). Addressing the strain the coronavirus has put on America’s food supply chain with José Andrés. CBS News. Retrieved April 21, 2022, from https://www.cbsnews.com/news/jose-andres-chef-feeding-coronavirus-impact-60-minutes-2020-04-19/